When Microsoft releases a new version of Visual Studio developers would  like to use the new features of the new IDE. Usually the new version of Visual Studio converts the solution and project files to a new format to be able to save the new settings of that version of the IDE. More seasoned developers already experienced this conversion madness multiple times migrating their applications from VS 2003 to VS 2005 to VS 2008 to VS 2010 and now to VS 2012. Knowing the past we can predict that this trend will continue in the foreseeable future, so it is better to be prepared and set up our applications for easy conversion from the get go.

This post explains how to convert an application from Microsoft Visual Studio 2010 to 2012.

First prepare your application for the conversion. Read the  “How to set up Microsoft Visual Studio solutions for easy conversion…” post to get all the details step-by-step.

For every Console Application, Windows Service and Class Library project make a copy of the Project_2010 folder as Project_2012

Remove the read only attribute from the folder and all sub folders and files in it: 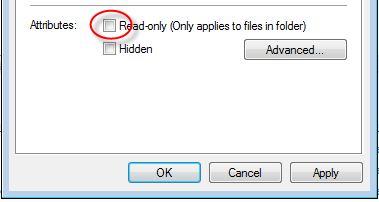 Click OK on the next window to remove the read only flag from all files and the sub folders too. 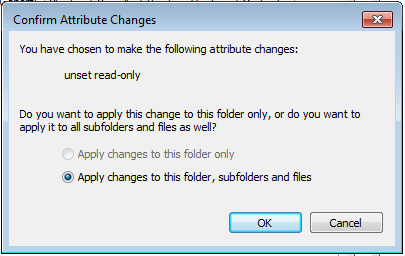 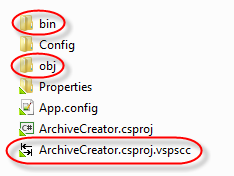 For Web Applications and Web Services make a copy of the …_2010.csproj web project file as …_2012.csproj and remove the read only attribute from the _2012 version:

Edit the project file in the Project_2012 folder 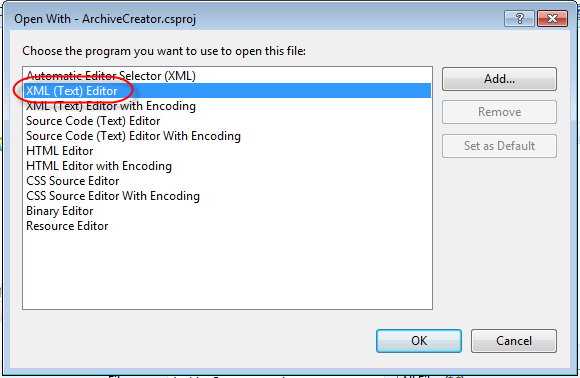 Remove the read only flag from the “Setup_2012” folder and its sub folders as you did it with the Project_2012 folder above.

Delete the “.vssscc” file. Visual Studio 2012 cannot work with setup projects, so also delete the “Setup” folder with the VS 2010 setup project in it.

Make sure all of your projects use the same .NET framework. See the  “Yellow exclamation point next to a project reference…” post for more information.

Modify the App.config files in the Config_2012 folder

If the solution was created in Visual Studio 2010

For web applications and web services

Modify the Web.config files in the Config_2012 folder