You can build the space station yourself, or load one from Steam.

I have run into stability issues with the KSS space station. When a few modules have been assembled, it started to wave side by side. I think the issue is, that the heavy fuel tanks are at the edges, and the center is hollow crew modules. Also, the docking ports don’t provide enough rigidity to the structure. If you want to use it

Build your own space station

To make the station more robust, I use the Rockomax Adapter where the Clamp-O-Tron Docking Port Sr. is too big by itself to connect to the part, like the Rockomax HubMax Multi Point Connector.

The core at the center of mass should contain the battery, reaction wheels, and control units 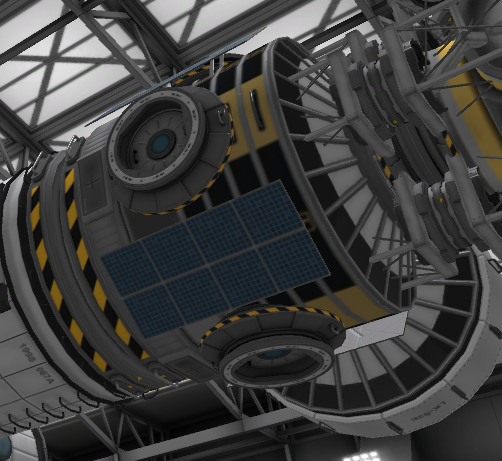 Use the Advanced Inline Stabilizer off the center of mass to assist in attitude control. 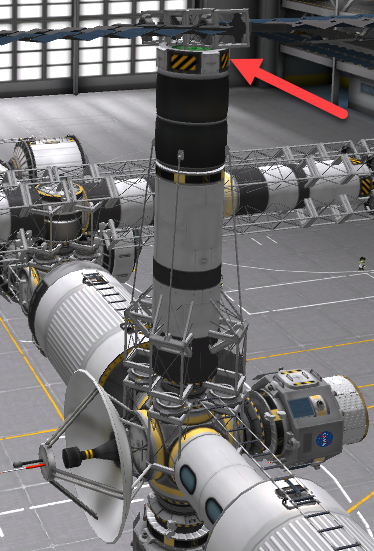 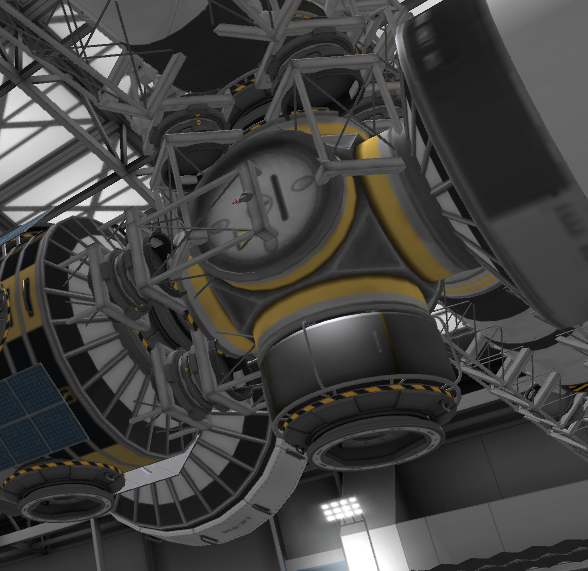 The MK1 Crew Cabin, and the MK3 Passenger Module provide comfortable accommodation, but those have smaller diameters. If you are looking for a large-diameter module with windows, use the Mobile Processing Lab MPL-LG-2

To provide enough fuel for docking vessels, use the

If the space station contains a Cupola

The Cupola can host one astronaut.

Launching the Cupola with a booster equipped with a Probe Core

Controlling the space station from the Cupola

To control the space station from the Cupola set the control point correctly.