Launch to orbit around Kerbin

While still in Kerbin orbit, match the plane of the target planet’s orbit.

As the Mun’s orbital plane is parallel to the equator of Kerbin, launch the vessel Due East (90°) with 0 ° inclination. 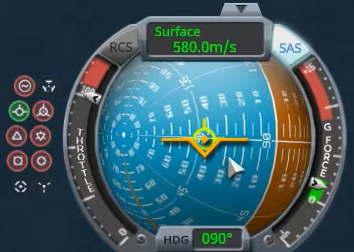 We will stretch our orbit to reach the Mun’s sphere of influence.

To escape the Mun’s sphere of influence, and return to Kerbin, we need to increase the apoapsis retrograde relative to Kerbin.